Experienced and Aggressive
Criminal Defense Representation
in Brevard County, Florida
Contact Us for a Free Consultation 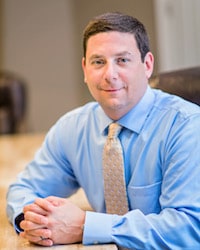 I have been practicing as a criminal defense attorney since 2006 and currently manage my own firm, Jordan H. Kramer, P.A.  Prior to opening my firm, I worked as a partner with Howze, Monaghan, Theriac & Kramer, PLC and before that I worked as an Assistant Public Defender in the Eighteenth Judicial Circuit (Brevard County) where I quickly earned the reputation as a zealous advocate of my clients constitutional rights. I have successfully defended hundreds of misdemeanor and felony cases in both the Circuit and County Court. During law school, I worked as an extern with the Wayne County Prosecutor’s Office in Detroit, Michigan, where I conducted preliminary exams (probable cause hearings) in the 36th District Court.

I received my Bachelors degree from Oakland University in Rochester, Michigan and a Master’s degree in Alternative Dispute Resolution from Wayne State University. The emphasis of this program focused on effective persuasion and negotiation techniques, which is a skill I use every single day in the courtroom. I attended law school at Michigan State University and graduated with a concentration in criminal law.

In addition to being a dedicated and devoted criminal defense attorney, I strongly believe in community involvement and activism. I volunteer a significant amount of time to the Cocoa Beach Chamber of Commerce (CBCC), which is comprised of over 300 businesses from the Cities of Cocoa, Cocoa Beach, Rockledge, and Merritt Island. I serve on the Chamber’s Board of Directors,  Executive Committee, and as the Chamber’s Attorney.

Cocoa Beach Chamber of Commerce
Member Since: 2008 to 2011
Board of Directors
Executive Committee
Legal Counsel

Contact Us
Practice Areas
Client Reviews
★★★★★
Jordan Kramer is the best lawyer in Florida. Any issue I had any problem I had he had the answer to resolve them. He is professional well spoken and articulate in the court room. His service was the best I could ever imagine . I would absolutely trust him w all my legal needs. I highly recommend Mr. Jordan Kramer. K.I.
★★★★★
Jordan is an amazing lawyer. He has helped me out numerous times with results in my favor. I will work with him in the future and send family and friends to him. Thank you so much. D.A.
★★★★★
I had the misfortune of requiring the services of an attorney for representation with a traffic citation. Jordan Kramer came highly recommended and lived up to that recommendation. Mr. Kramer was knowledgable and understanding. His office staff was friendly and his communication system was most efficient. Mr. Kramer saved me a considerable sum of money through his effective representation. B.E.
★★★★★
I would highly recommend Jordan Kramer. He played the angles well for my case, hands down. Jordan is very down to earth counselor and a wise attorney at law. He always kept me up to date with any new information about how my case was going. I hope I never need his professional, aggressive skills again, but if I do Mr. Kramer will be in my corner. C.R.
View More
Submit a Law Firm Client Review